This is probably the hardest blog I have ever attempted to write (granted we’re on month four of my blogging experience). I mean, how do i even find the words to explain how i feel right now???? More than four months have passed, I’m here for at least another seven and a half months and i will be spending the next two months backpacking. Um…..i don’t think there are words to describe my emotions right now, which partly has to do with my Portuguese immersion and lack of English exposure.

The only thing i think is appropriate to explain is why i am so grateful i am here in Brasil right now, and why i am, again, grateful for choosing a year to be abroad as opposed to a semester. For all you Badgers who are hesitant to study abroad, here’s what i have to say: don’t be, because it will be worth; number two do a year instead of a semester, and three….COME TO BRASIL. Just don’t even second guess yourself, mk?

What gives me the right to say these things? Well, after four and half months of experiencing this beaut of a country, i haven’t even begun to know this country, so thank goodness i’m here for another semester. Not only that, but i feel like i’m starting to make friends. It would have been a bummer to say goodbye now, too soon, IT WOULD BE TOO SOON.

To plug you in on a few deets about my experience, i wanted to colocar some rando photos from some experiences that i haven’t shared with you because it’s difficult to include everything in these posts. Consider this post a collection of miscellaneous experiences that prove i’ve made the right choice to be in Brasil and stay here for a year.

So you may recall that one time when i said that studying abroad isn’t all fun and games, well it’s true. It isn’t. HOWEVER, when you start to make friends IT MOSTLY IS. I mean, casually, i’ll go to Rio for the weekend. Or, again, casually, i’ll go to a 24 hour cultural event on campus. And i would list more examples, but if you’re not here, você não vai entender, sabe?

One experience that i am so grateful for is the Catholic Ministry. I was really involved at St. Paul’s in Madison, so i figured i might as well check out what kind of ministry UFMG has, and it is so beautiful. I mean they do everything without a priest and a chapel at their disposal. To top that off, the students are so welcoming and accommodating to foreigners. Needless to say, i feel like i have found a family here, and it’s been so hopeful, they don’t even have a clue, nenhuma ideia. 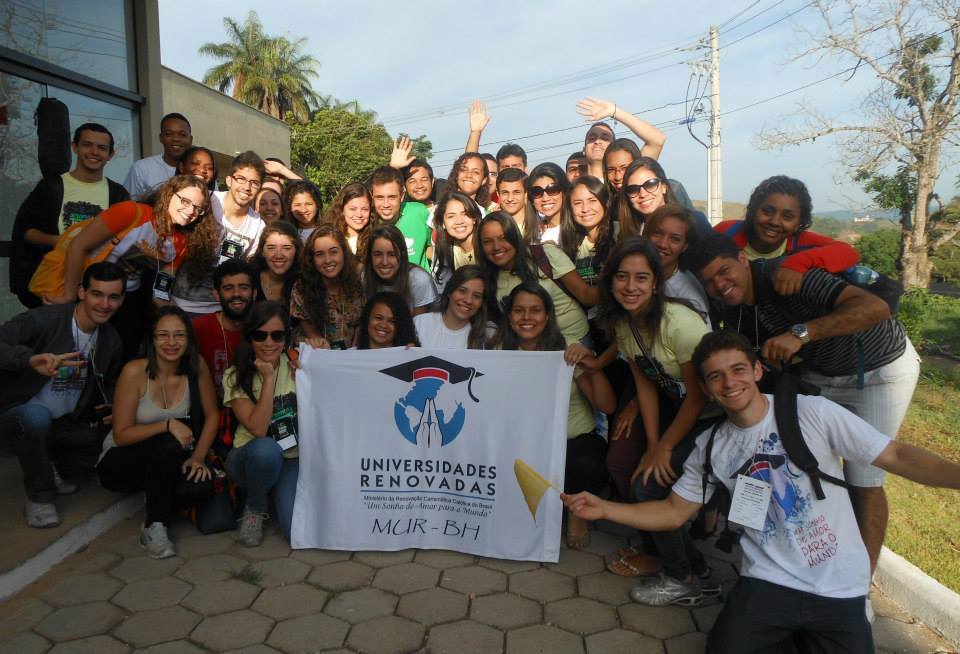 Another aspect to my experience thus far that makes me so happy includes the Letras folk who have welcomed me as well with open arms. It’s still hilarious to me that there is a room in every college at UFMG for the sole purpose to socialize and hang out/sleep. Thanks so much Letras for bringing me in, and i am looking forward to another semester with y’all. 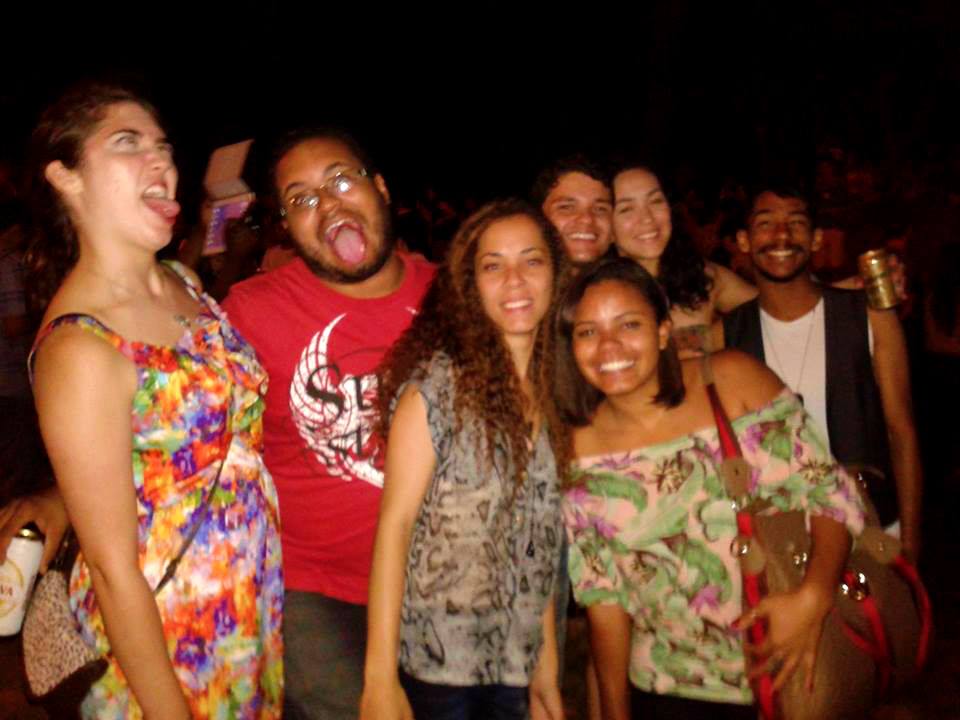 photo cap: My attempt to trend the silly photo, thankfully Carlos joined me 🙂 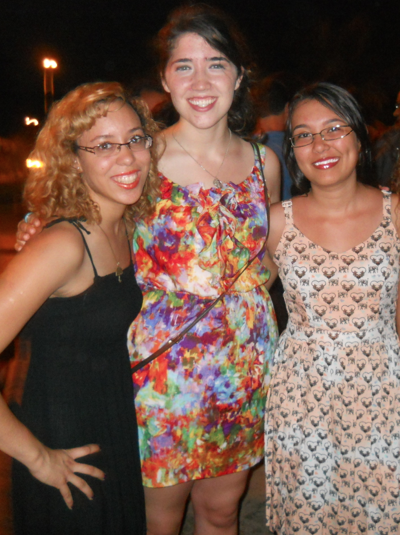 photo cap: Jeanepher, myself, and Letícia at the weekly festa, Natora

UFMG just cracks me up. There’s a weekly Thursday festa on the campus, and they had a 24 hour cultural event not too long ago. There’s a cantina in every college where you can get a good meal for less than five dollars, or just some coffee, or some cake (i NEED to try FAFICH’s cake, i hear it’s the best). And, well, it’s where i’ve spent most of my time. 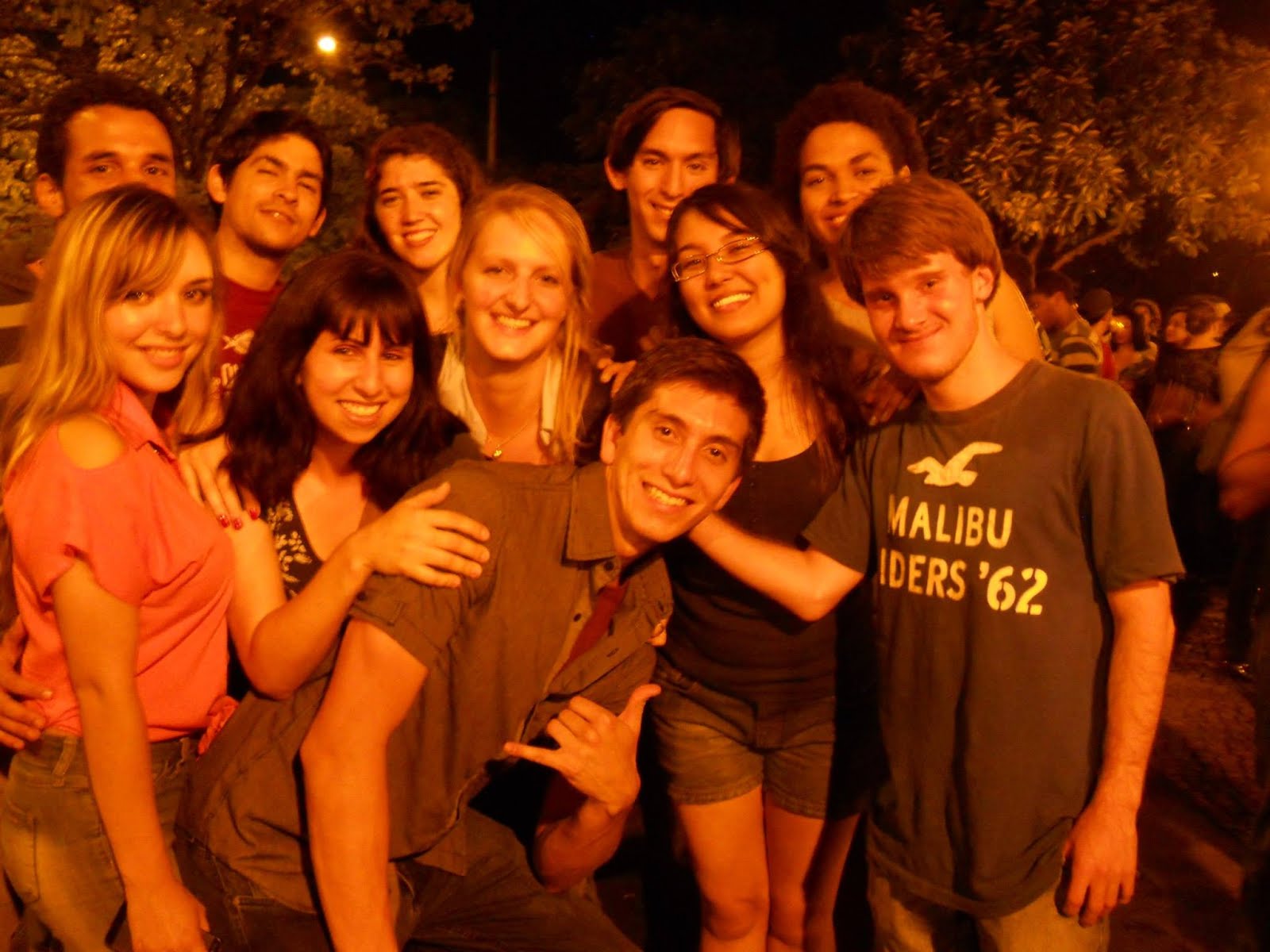 photo cap: Myself with some brasileiros mesmos and intercambistas at Virada Cultural 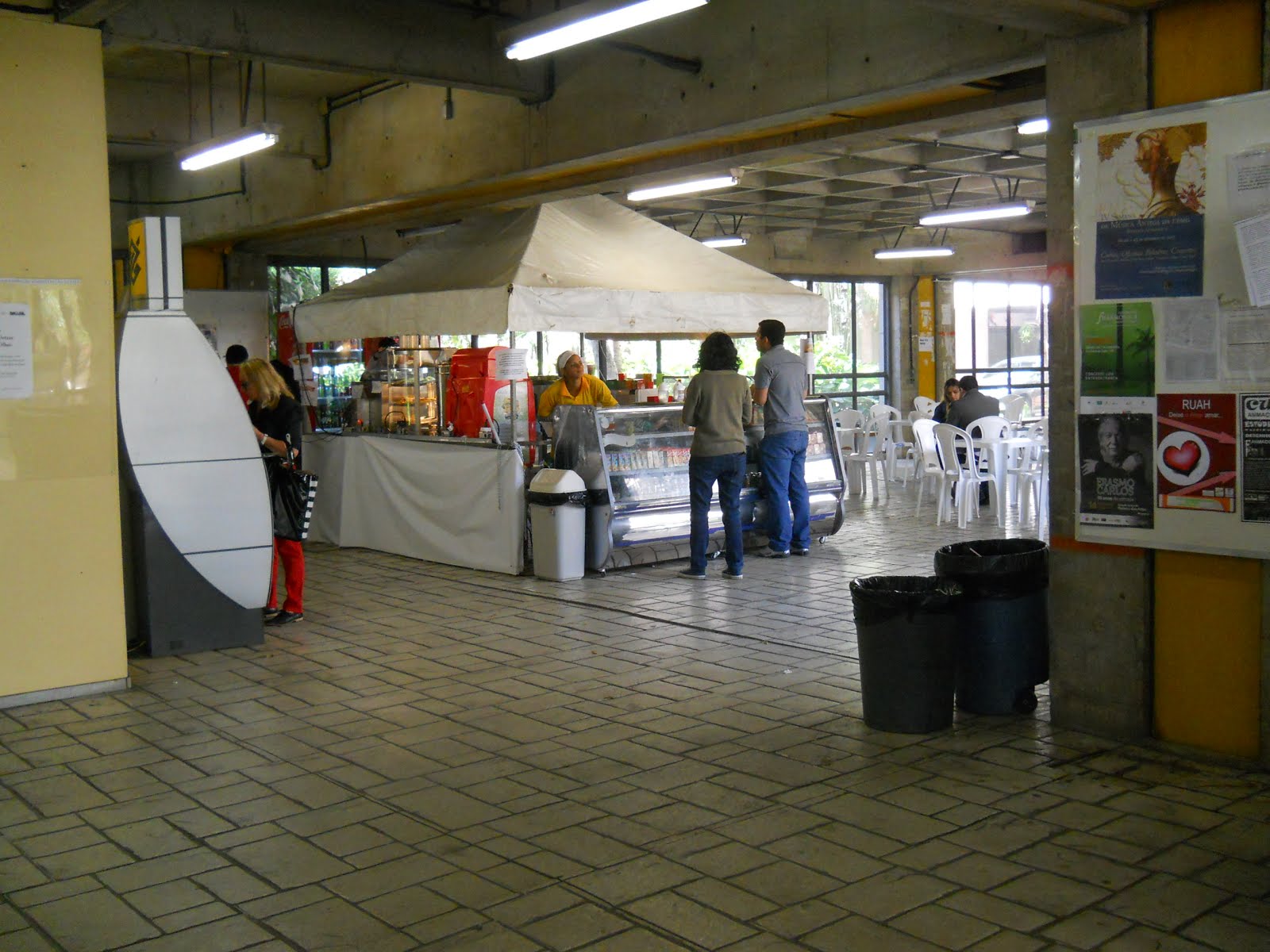 photo cap: One of the many Cantina’s on campus (this one is FALE’s)

You can probably tell by FALE’s cantina that UFMG doesn’t put much funding into Liberal Arts as opposed to Engineering. 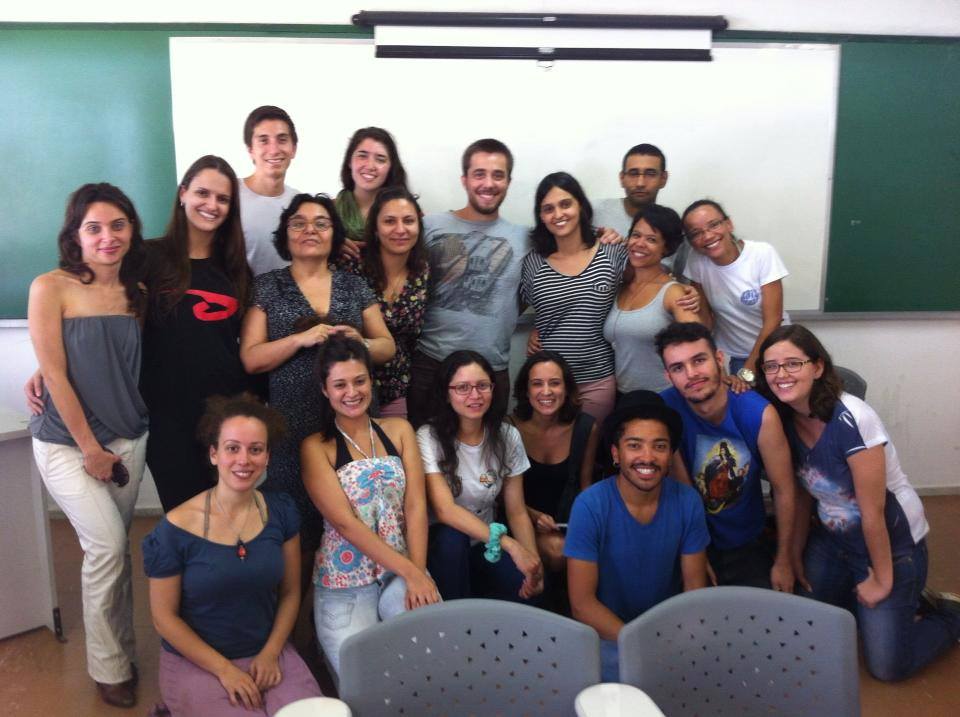 Did i mention that i had the pleasure of acting for my final project in my theater class? Talk about a once in a life time opportunity. I got to do a monologue about symbolically killing something (i killed a mirror/a.k.a. pride). It was so fun, so fun in fact, i hope to take an improv class next semester. Shoutout to my Linguistics Professor, Verónica Egon who knows Sara Rojo (professor of this Theater course), because if it weren’t for Verónica, i probably would not have taken this class. It was the bomb.

Another reason to be forever grateful for this experience is that I have gotten the wonderful opportunity to experience Brasil’s diverse landscape. AND THANK THE LORDE  I GET ONE MORE SEMESTER OF THIS NATUREZA. 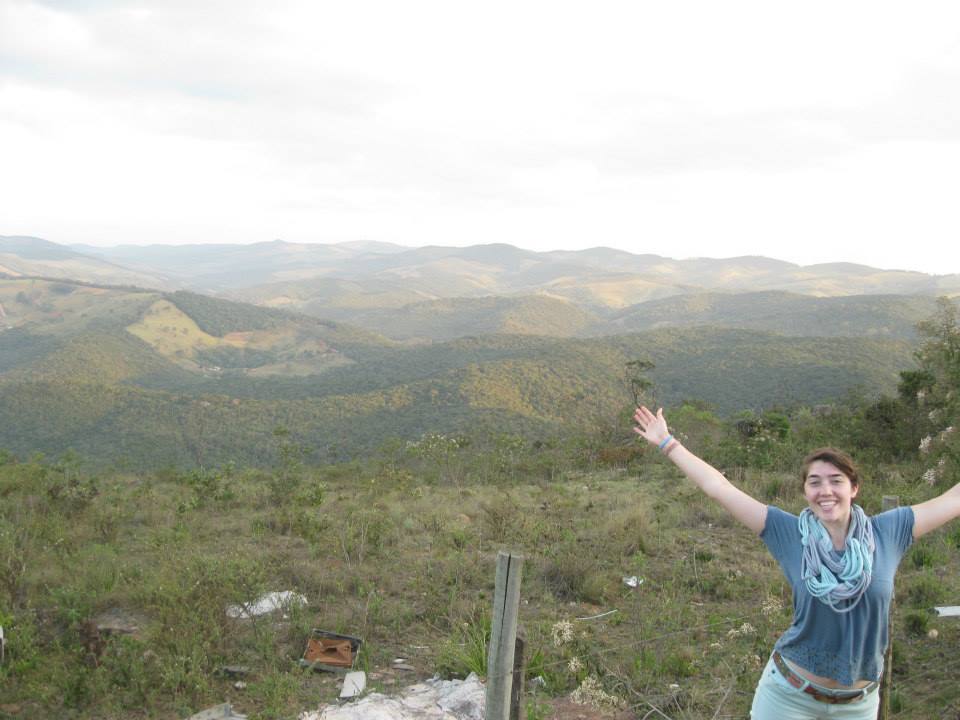 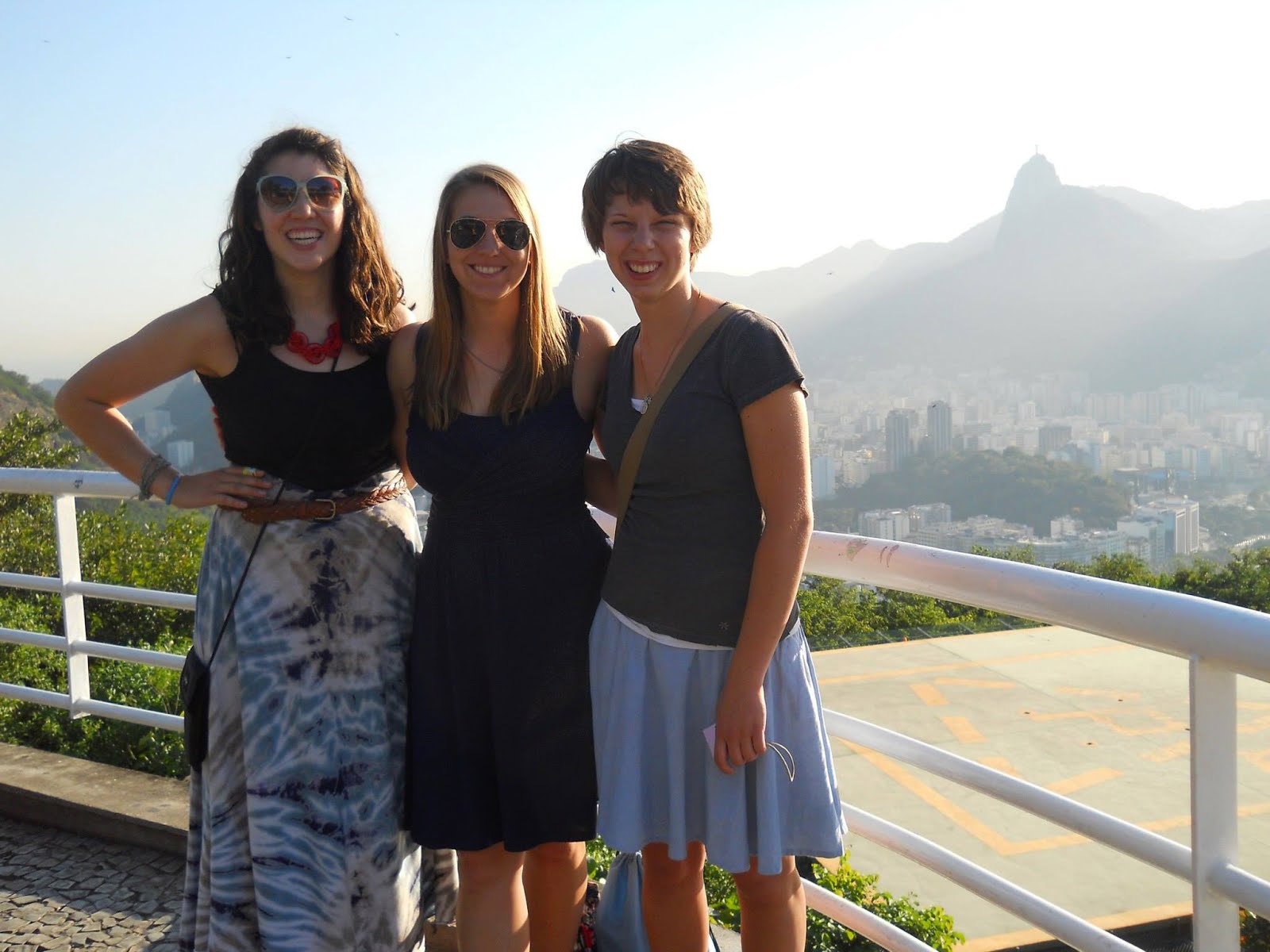 photo caption: Me, Badgers Sara and Morgan, and Christ the Redeemer at Sugarloaf Mountain 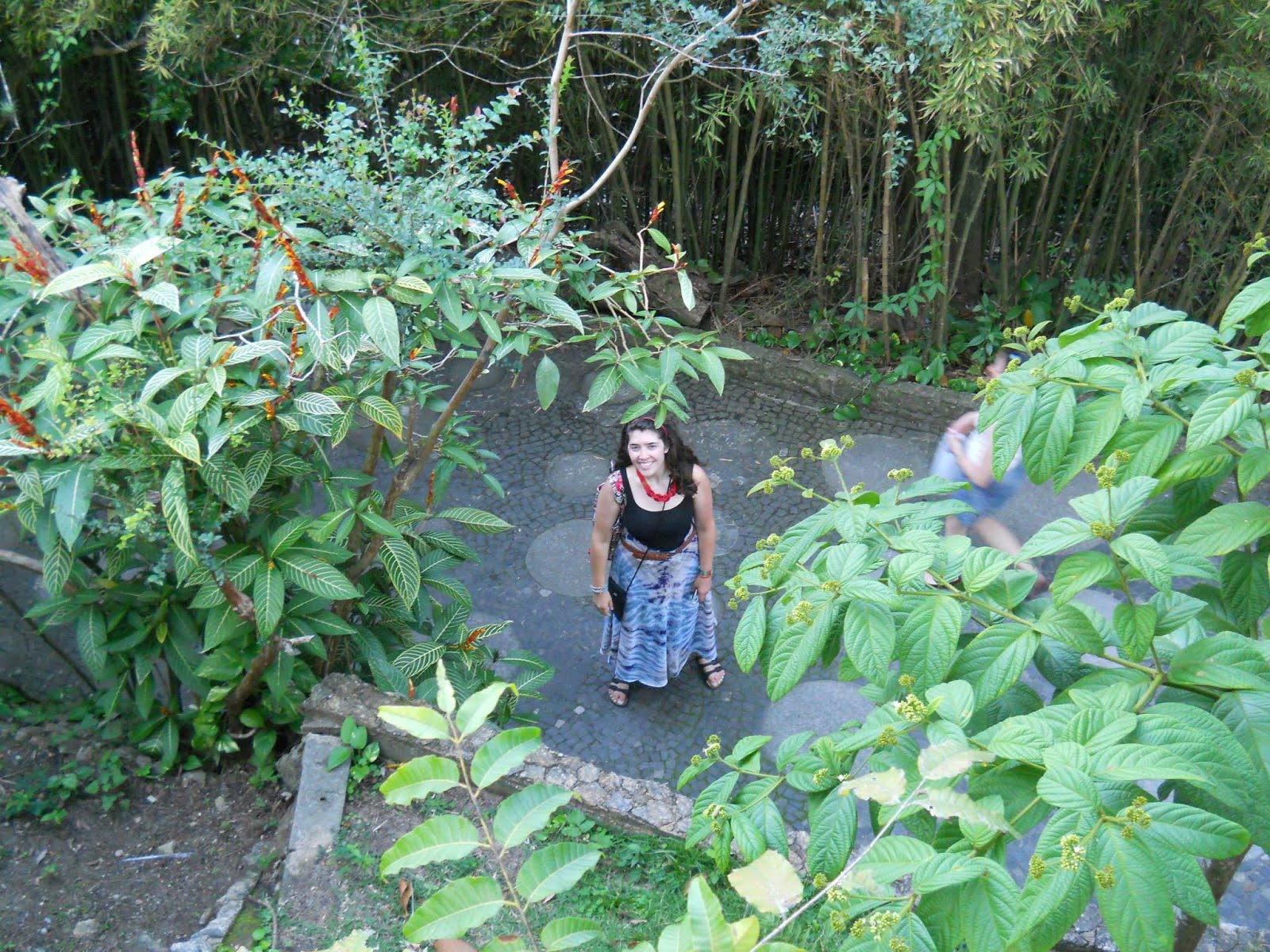 photo caption: A piece of the Brazilian Rainforest 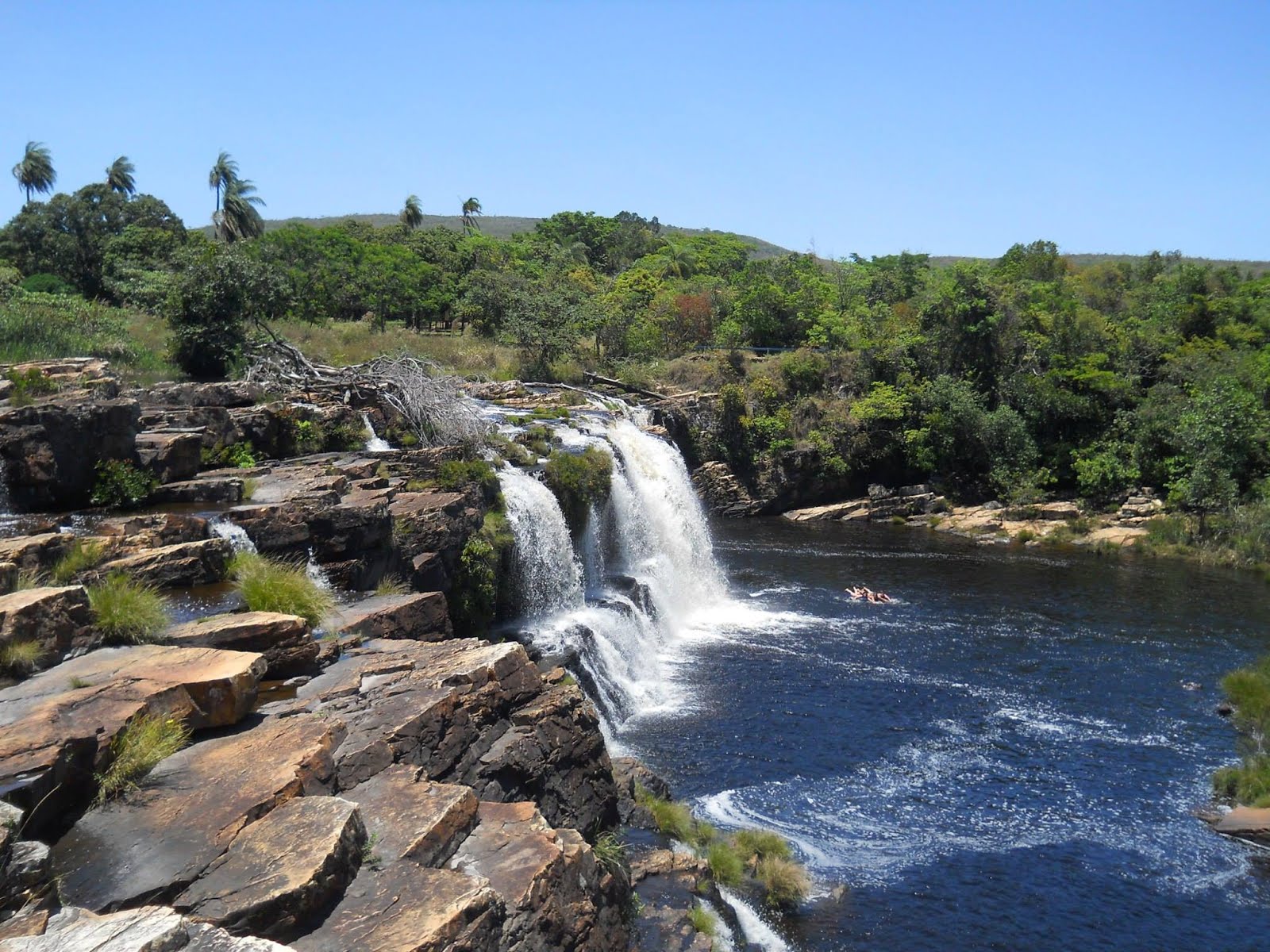 Photo Cap: Apart from Belo Horizonte’s vibrant nightlife, you can spend a day at a local waterfall park

So casually, i have been to the beach, a waterfall park, experienced Belo Horizonte’s nightlife, and that isn’t even half of what Brasil has to offer.

After a month of bonding with intercambistas (some of whom are unfortunately leaving) i am looking forward to meeting the next batch and welcome them to UFMG because i LOVE LOVE having the opportunity of sharing “…i don’t understand you, Brasil” with the intercambistas. 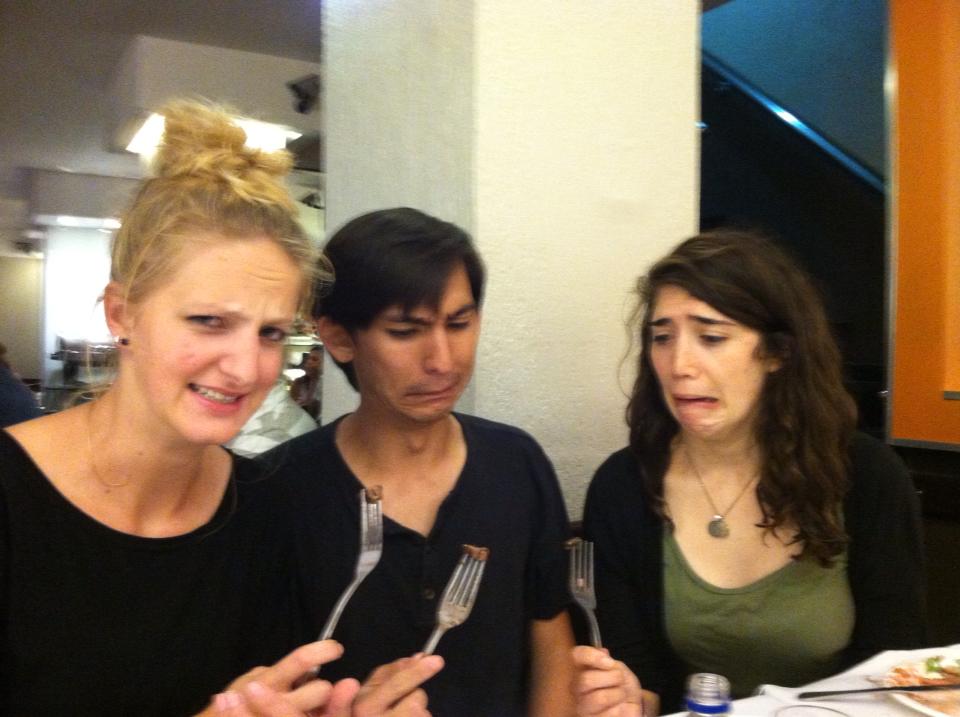 photo cap: Leande, Alex, and i curious to partake in the customary rodizio pig heart

I didn’t mention this earlier, but before i studied abroad, i thought to myself, Monica, only brasileiros 24/7 tá??? But then i realized that just doesn’t work because other exchange students are much easier to relate to when it comes to all of Brasil’s weird tendencies (if you don’t know what i’m talkin’ about check out my list of Brasil’s differences) and plus, all people are worth getting to know, sheesh.

So what happens now? Well, i’m partially sorry to say that it is time for me to peace out of this blog for the next six to seven weeks. I’ll be meeting up with another Badger with Jenna in Porto Alegre (that’s in Southern Brasil). From there i’ll be meetin’ up with a Californian at Foz de Iguazú, and then backpack for 40 days in Argentina and Chile. Don’t know what to expect. I’ve never really backpacked before. And my Spanish has plummeted since my exposure to Portuguese. And you know what? I’m ok with that. Beijos!

2 thoughts on “What the What”