To get started, my airplane flights were memorable. One was the best—had a whole aisle to myself, sat by the window, and was really comfy—and one was absolute trash. 13 hours in the middle, stuck between two ladies, one of whom used a mattress pad to cover themselves, which was super weird, and the other was super nice.

What sucked about this?

Screaming children. In a chorus. At least four of them, during the whole entire flight.

I typically can’t sleep on planes, but I had stayed up late in an attempt to sleep on the plane. With my headphones and everything, I could still hear them screeching. I love kids, I have a seven-year-old brother, but my God did this drive me absolutely insane.

I got off the plane, got my luggage (after waiting nearly an hour for it) and got on a bus to Dongzhimen.

Now, here is the part where I got lost for four hours with my 64 lbs suitcase and my also-very-heavy backpack. What I made the mistake of doing was handwriting my directions. This is not helpful, at all, because people typically don’t speak English that great. So, I get off, and luckily this guy spots me, helps me with my luggage, and then offers to look it up on his phone for me. It’s about a 33-minute walk.

No problem, right? Wrong. I forgot the name of the street, and the picture I had of the map the guy gave me was pretty bad quality. So, I walked pretty aimlessly for about an hour or so until I got nervous and finally asked someone.

And that was most of the direction I got. It took a lot of asking and getting turned around until, four hours later, I FINALLY found the place I was supposed to stay for one night before heading to Tianjin: Lucky Family Hostel. It’s in a weird street in one of the hutongs of China. (For those of you who don’t know what a Hutong is: an alley formed by lines of traditional courtyard residences. So: a grouping of old-fashioned Chinese homes that make creepy alleys). 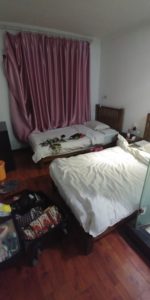 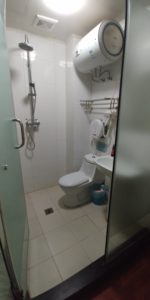 This was where I met up with one of the other students on the trip and the two of us walked around Beijing a while, with him being the direction person. I don’t have a Chinese SIM card yet, so the amount of internal screaming I’ve been doing without data is a lot. Mostly because I can’t get anywhere without looking it up on maps, so I have to rely on my friend here with me for now. He’s being extremely tolerant and helpful! It can be really stressful to bring a person around with you in a foreign country, but he’s doing a great job (he probably will supply me with some much nicer photographs, too, so you guys don’t have to deal with my bad photography).

Anyway! This morning I woke up a little bit after six, got ready to go, and made my way with my friend to go to Tianjin. Now, to get from Beijing to Tianjin, people typically take a high-speed train. This makes a 90 minute car drive (if you’re lucky) a 30 minute, fast ride on a really clean train.

My friend and I left pretty early and got there pretty early. Everything was fine and, surprise, here is where the scam comes in.

Some men in red hats came up to us and began to take our luggage. We told them ‘no’ but they acted as if they had to do this. Not wanting anything to happen, we finally relented because saying ‘no’ to men in a uniform is scary in any country—especially one that is foreign to you. So, they bring our stuff on the train and then, suddenly, ask us for money. We are beyond pissed but, not wanting to make a scene, I fork over some kuai to them.

The lesson here? If someone tries to bully you to take your luggage, VERY bluntly tell them ‘no’ and that you’re going to bring them yourselves. Even if they’re insistent. My roommate—from Xi’an—also recommends this.

Once we got to Tianjin, my friend and I got our stuff to our hotel and moved right in! The pictures will be included at the bottom of this update. Anyway, after we brought our stuff to our rooms and relaxed for a bit, the two of us walked to the supermarket and bought supplies (the amount you can buy for 100 kuai/roughly 20 dollars is a lot!) and then brought that all back home. Water is VERY heavy to carry home, but better than paying for it to be delivered by our Water Delivery Man Mr. Yang.

After that, the two of us went to a bakery which, in English, is called ‘Sweet Paris Baby’ or ‘Paris Sweet Baby’. Which is really weird because it’s a Korean bakery based off of French food. Really yummy though! I forgot to take pictures but I am definitely going again soon!

The last thing, before I go, is that I plan on updating this blog on Sundays and Thursdays Tianjin time. If something particularly exciting happens, I will update sooner. Love everyone! 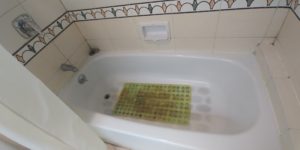 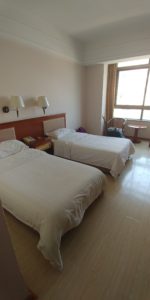 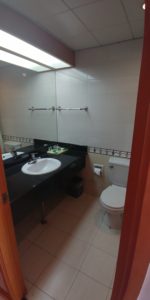 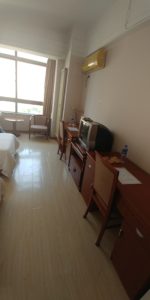 1 thought on “HOW NOT TO GET SCAMMED AND LOST FOR FOUR HOURS IN BEIJING: A TUTORIAL”