What is interesting about the two places I will talk about in this post is that one was planned and the other was not. Both also provided the unexpected. The first one, Rhossili Beach, was planned. My friend Sarah (an old friend from America) and I, planned a beach day in Wales due to the rare warm and sunny weather. We decided to head to south-west Wales. The views were unbelievable! We took an hour train ride to Swansea and then a one and a half hour bus ride through the small, windy, country roads to Rhossili Beach! The area was so green and almost out of place compared to the dreary, rainy weather the week before. The beach area was surprisingly not busy. Getting to the beach, however, was not easy. It rests under the hills, so a hike up and down one of the hills is required to reach the beach. Wales has never failed to surprise me! The next day we tried to venture to Raglan castle, however, because it was a Sunday, there were no buses running (not to my knowledge at the time), and taxis were difficult to come by in Abergavenny (we took a train from Cardiff to Abergavenny). Because we could not reach Raglan castle, we decided to venture into town to see if there was anything to do. Travelling does not always go as planned, as I have learned many times this semester through relying on public transportation, but sometimes an unplanned route offers more than one could expect. Upon arriving in the town center of Abergavenny, we found a ruin of castle that dates back the year 1087. Our spontaneous decision to see what Abergavenny had to offer turned out to be one of the best day trips I had while in Wales! 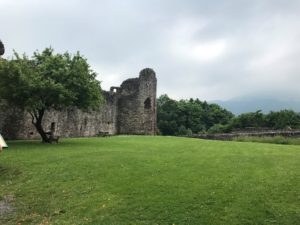 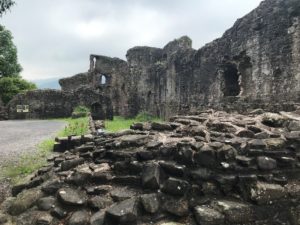 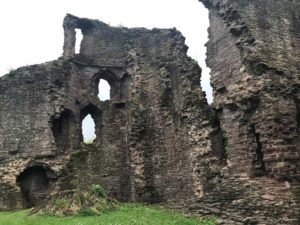 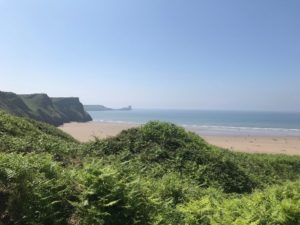 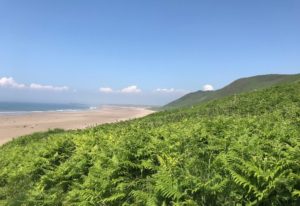 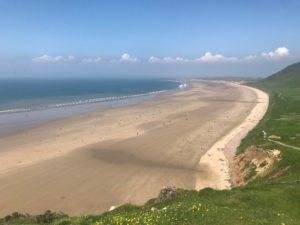