Upon arriving in the beautiful colonial beach town of Paraty, we were immediately captivated by the peaceful serenity that contrasted Rios bustling streets. It was a nice change of pace from the dense urban setting we had become acclimated to during the previous weeks. Once we checked into the hostel where we were staying, we had time to explore the town. It was nice that we could reach almost everything in a short walk rather than having to take the metro or taxis. After walking downtown and back, we quickly became familiar with navigating the town. On the first day of this trip, we met an incredibly kind friend by the name of Scrappy. While walking to dinner, we ran into Scrappy on the corner. We introduced ourselves and Scrappy walked with us and accompanied us at dinner. Scrappy wasn’t one of many words but when she spoke, she spoke volumes. We became incredibly attached after just one dinner. However, after stepping into a grocery store for a brief period of time, we became separated and were never to see Scrappy again.

The second day of our excursion started off with an incredibly interesting tour of downtown Paraty and its intricate architecture and city planning. We were blessed to be accompanied by arguably the best tour guide in South America. I have never seen someone so passionate in the work they do. He made the tour of Paraty interactive with mini skits that we participated in. He also performed a beautiful poem and story on his tour. Throughout the tour, we found out that the number 33 was a big part of the history of Paraty. The tour guide explained the intricate Freemason’s conspiracies that were fused into the town of Paraty. We found out that nearly every corner of the town pointed in the shape of a triangle. Additionally, many things related to the architecture of the buildings coincided with the number 3. After the tour, we found ourselves critically observing the town to see if the things the tour guides showed us were conspiracies or not. 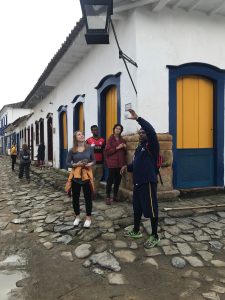 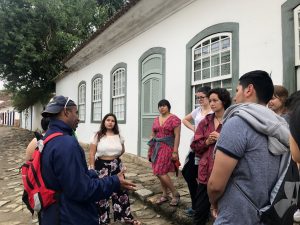 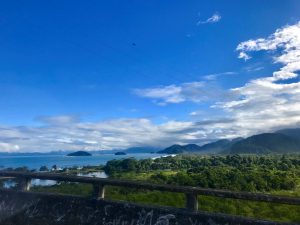