One of the many insane perks of my semester abroad thus far is the fact that I have, essentially, two and a half spring breaks. Semana Blanca came and went very early on in February, and with it some of the best days that I’ve had here in Europe so far. I had the amazing opportunity to visit three stunning countries in just ten short days, and can safely say that it was a trip I will never forget.

I started off my journey in Milan, Italy with new friends I’ve met from my program. After spending a very sore night sleeping (or, more accurately, talking about wanting to sleep) in an airport, the three of us found ourselves in the shadow of the Duomo, the fifth largest cathedral in the world. We were able to experience everything Milan had to offer, including architecture, fashion, gelato, wine tasting, and (last but not least!) lots and lots of pasta. 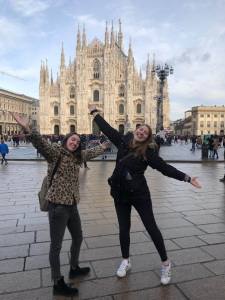 After four days in Italy, I parted ways with my new travel companions and took an early morning bus (I’m talking 4am, I’m not messing around here) to the airport and flew into Brussels, Belgium. I spent the day walking around the city taking in palaces and cathedrals, and more importantly broke the world record for eating the most waffles in a twenty-four hour time frame. Even though I was solo traveling, I met a lovely middle-aged woman from France in the hostel, and we were able to walk to the bus station together the next morning. 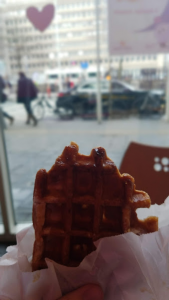 My time in Brussels was brief, but when I took a bus to Amsterdam, I knew that I needed to spend every remaining moment of my trip in this gorgeous and iconic town. Meeting up with a second group of friends at the hostel, we found ourselves wandering along the famous canals and touring the powerful Anne Frank Huis. 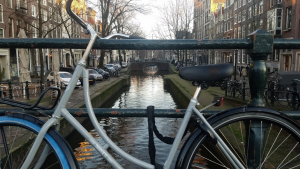 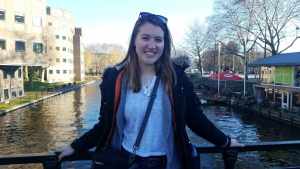 What made these trip so memorable was truly the people that I was with. While I had to fly out alone Saturday, I came back to a beautifully warm Granada, with even stronger friendships and a greater appreciation for the city that I now call home. Traveling during this brief vacation was one of the best experiences I’ve had abroad, but more importantly, when I laid in an uncomfortable hostel bed or ate grocery store bread for dinner, I realized that what I was longing for was my city. And, while I of course miss my family and friends in the U.S., I also realized that I was longing for Granada; in less than two months, this strange city has already begun to feel like home. 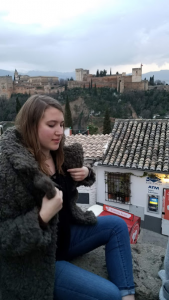 4 thoughts on “The Great Wide Somewhere”