Well, I missed my two month anniversary in Aix-en-Provence (yesterday), but in honor of the occasion, here are some musings on the top of my mind at this point in my experiment abroad.

I took a day trip to Marseille several weeks ago and bought a post card to send to my parents. Although I sat down and scribbled out a quick message that same night, the offending piece of cardstock is still sitting on my desk, unsent, nearly a month later. And not for lack of trying either; I’ve walked into the post office near centre-ville twice since then, surveyed the bustling room, and walked out.

Why couldn’t I send it?

Since I’m not, admittedly, terribly familiar with snail mail even in the US, I’m not even sure what the process is supposed to be—and something about walking up to a French postal service worker and asking for help just feels like a little too much for me to deal with, so I’ve pushed it off. For twenty two days.

Although this example is silly, and I’m fairly confident I will get around to sending the postcard sometime before my parents arrive in May, it’s also really emblematic of what a lot of my days are like in Aix. While on one hand I feel really acclimated and at home in Aix, on the other hand, there are still so many basic and menial daily tasks that become overwhelming when they are in French. I’ve started to joke that I can only take one really embarrassing situation each day, and once I’ve hit my limit—whether that be the time I got chased out of the public library’s restricted section, or the time I got yelled at in a supermarket because I didn’t weigh my own apple before checking out—then I can’t deal with trying any other new or daunting tasks for the rest of the day.

But, on the bright side, for every really embarrassing moment, there are more and more successful ones each day. When I walk into my favorite boulangerie and confidently order my usual sandwich like a local (as far as I know), when I catch an idiomatic expression that my host mom uses during dinner, or when I go a full ten minutes in lecture without having to look up any words, I know I’m learning—and I try to have a little grace for myself for all the failures.

It will be hard to describe this phenomenon without earning several rolled eyes from my friends back in frigid Wisconsin, I’m sure. But anyway—Aix is kind of hot. Like, 70 degrees and sunny hot. As I walked to class the other day (downhill, mind you) wearing a short-sleeved dress and sneakers, with my hair pulled back haphazardly, I felt like a sweaty mess. And the kicker? All the French people around me were still wearing cleanly pressed jackets, full-length skinny jeans, and boots. Scarves, even. And they didn’t even look warm.

They must be cold-blooded. Or else just eternally chic.

I know it’s super foreign-exchange-student-y of me to only hang out with other Americans here…but…when the other kids on your program are as cool as mine are, how can you not?

(Just a brief interlude to say that I’m so thankful for the friends I’ve made on this program…I really think I would be going crazy without the wine nights, crepe runs and friendship.)

4.     Am I still going to eat this much bread when I get back to the States?

The jury’s still out on this one.

So, first of all, to any friends and family who still weren’t sure: I’m not studying abroad in Paris, I’m in southern France…near the Mediterranean…there are other cities in France besides the city of lights, believe it or not.

But, it’s a fair question—why haven’t I explored the major city in my host country yet? I’ve been pretty much everywhere else in Europe already. (Ok, not quite.)

I decided to try to front load some of the bigger trips on my wish list at the beginning of the semester before my classes really ramped up and while it was still “cold” in Aix (read: 50 degrees), so I knocked off a lot of northern European cities first. But now that spring has arrived in Provence and I’ve realized that I actually have schoolwork and that my grades transfer back to UW-Madison, I’m planning to keep a lot of the rest of my traveling in France. Next weekend will be a day trip to Arles, the weekend after that will be Paris, and after that will be Nice and Lyon. After experiencing foreign airports, linguistic mishaps, and general culture shock on my winter break trip, I’m excited to be staying closer to “home” and a familiar language for the next few trips.

If anyone has any suggestions for prolonging my time in Aix-en-Provence, please let me know…I already can’t imagine leaving my new home in two months. (In fact, if it weren’t for my friends, my mom, and iced caramel lattes, I don’t think I would come back to the States at all.) 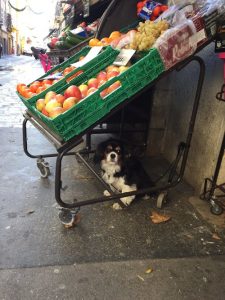 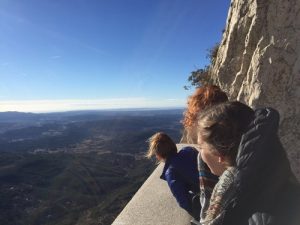 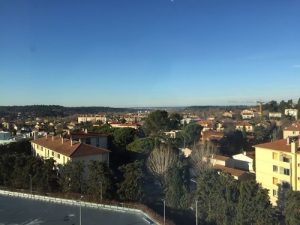 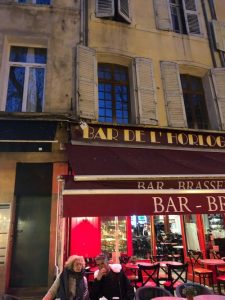