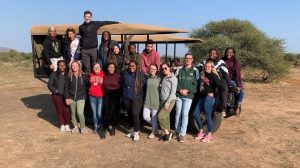 I think we can all agree that our weekend at Madikwe Game Reserve in South Africa was an incredible one. It’s hard to summarize such an amazing experience, but this video might help give a glimpse into our experience.

We stayed at the Mosethla Bush Camp and Eco Lodge, a gorgeous bush camp with individual open-air cabins and dining/lounge areas. The camp manager, Monica, was so welcoming and kind and truly made the camp feel like home.

A little background on the camp: Mosethla is a Setswana word for the Huilboom tree located in the center of the lodge. It is the only genuine eco lodge within the Reserve, and offers an authentic wilderness experience. The camp is unfenced and located in the heart of Madikwe, so wilderness encounters do occur within the camp (more on that later). 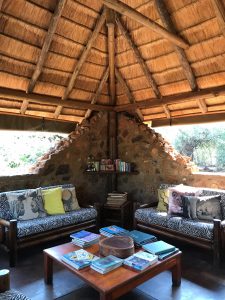 Madikwe is the fourth largest game reserve in South Africa. It is home to a large variety of species, including the Big Five (lion, leopard, rhinoceros, elephant, and buffalo), the endangered wild dog and cheetah, and over a thousand zebras. For our weekend stay, we were able to do four game drives, each four hours long. This gave us ample opportunities to see new species on each drive and plenty of baby animals. 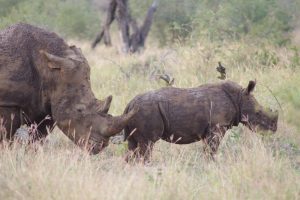 On our first game drive the evening that we arrived (after a brief encounter with a troop of Chacma baboons in our camp), we were blown away by the number of zebras, impalas, and wildebeests there were in the Reserve. We saw some white rhinos and elephants, and as we approached a water hole, two lionesses. As we slowly followed them, the sunset gave way to a sudden cloudy gloom, the wind picked up speed, and the air felt ominous. We approached the are where the lionesses were camped out over their catch- a zebra- and ripping it apart with their teeth. Lightning lit up the sky as we watched the gruesome, yet fascinating, scene unfold. We returned to the camp, and it looked like something out of a fairytale with rows of flickering kerosene lamps guiding the paths. 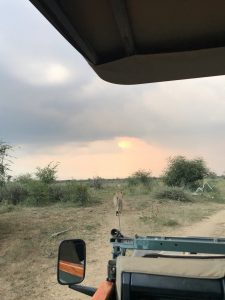 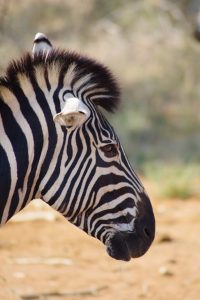 After a night of restful- with a touch of nervous- sleep, our rangers woke us up at 6 in the morning for a sunrise game drive. We went a different route towards the mountains, which gave us a spectacular view of the misty valley below. We drove next to a huge water hole to find a pack of wild dogs, full from their meal of fresh impala. Wild dogs are the second most endangered species in Africa, so it was amazing to see a pack of 5. After a while, we stopped in an open area for a hot chocolate/coffee break with a side of rusks (similar to biscotti) as zebras roamed in the background. 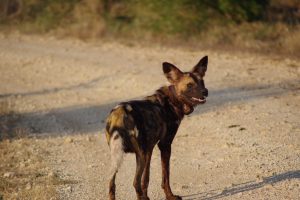 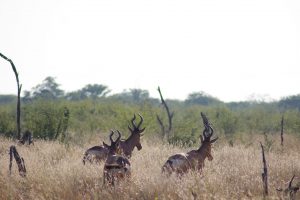 We had some downtime at the camp, during which we ate delicious food, basked in the sun on hammocks, and played trivia games. Then, we embarked on our evening game drive, where we came to an opening with one of the most magnificent views I have ever seen. From our viewpoint in the sunset, we watched a large journey of giraffes, a parade of elephants, a lone rhinoceros, a dazzle of zebras, and an implausibility (yes, we had fun with collective pronouns) of wildebeests congregate around us. We then followed a mother and child rhino into an open area where we enjoyed cold drinks and snacks as the sun sank. 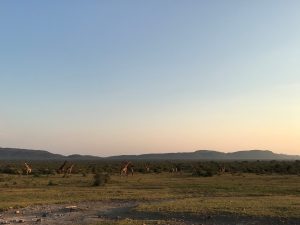 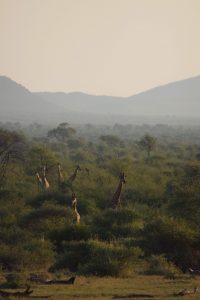 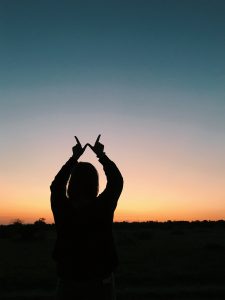 That night, we told scary stories around a campfire and played some heated rounds of mafia. As I decided to head to sleep, however, I was met with quite a scare. A large animal spotted me from right next to my door and scurried off, after which I let out a surprised scream, ran back to the group, and started laughing hysterically. I woke up to our ranger saying, “Do you want the good news or the bad news?” I crept to my door to find a huge buffalo staring at me. Luckily, it was a friendly buffalo that frequented the camp, and our ranger, Johnny, was able to poke it away with a large stick. 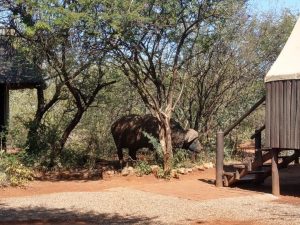 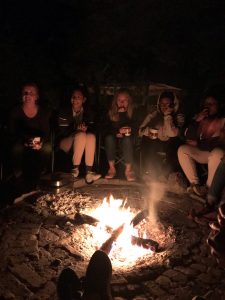 As we climbed into our 4x4s for our final game drive,  we mentioned how we still wanted to see male lions and cheetahs or leopards. Little did we know that we would be lucky enough to find a pride of lions feasting on a wildebeest and two sleepy cheetahs not far from them. We also spotted a kori bustard, the largest flighted bird, and two ostriches with three children. 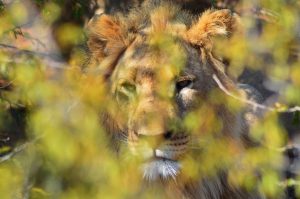 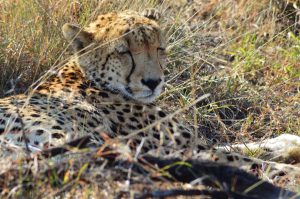 As we drove back, I was struck by a strong sense of gratitude; for life, for the Global Gateway program, and for the experience. I never thought I would be able to see views worthy of a National Geographic cover with my own eyes. The camp was a refreshing retreat into nature and away from connectivity, and the staff were so friendly and hospitable. The beauty and richness of the Reserve left us all with a feeling of awe that we will certainly hold with us for the rest of our lives. 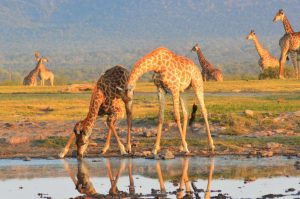 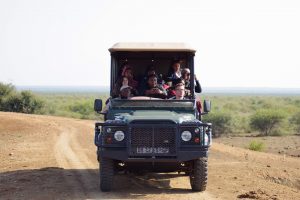 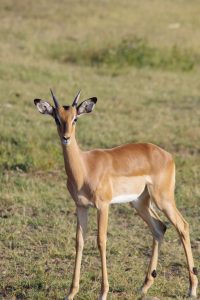 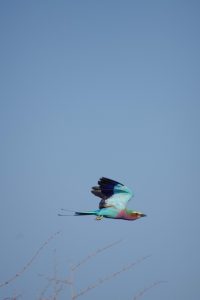 The other animals we spotted are listed here: