Botswana is known to have a multiparty republic and to have a National Assembly. The Ntlo ya Dikgosi (House of Chiefs) is an advisory board of the Parliament that takes into account legislations that pertain to laws and customs. The House of Chiefs is comprised of each of the eight large Tswana tribes and members that are selected to serve for each tribe. The house consists of 35 members. Of the 35 members eight of them are Kgosis. The other 22 members are elected to serve for five years.  The chiefs do not belong to political parties but do make decisions that are political.

Our visit to the house of chiefs was extremely interesting. Although personal photos were not allowed, there are images online that show the beauty inside of the room. The way the room is organized and run is different from the way our government in America works. Rather than having two distinct “sides” of an argument, chiefs or representatives will present an idea and people are allowed to “cross the aisle” to the side they agree with. On the middle table there are holy books like bibles and Qurans presented to swear on. There are blue books on the ground that represent the losses of Botswana. The general public is welcome to come and sit on the upper level surrounding the room, but they are not allowed to speak or make any sounds. They are there to simply watch, they have no general say in the actual meetings. The House of Chiefs usually have meetings three times a year and each meeting is recorded for the public to watch. Sitting in the upper level of the House of Chiefs was interesting and I would love to sit in on an actual meeting. It would be interesting to see the way the government is run here and to see the differences between the government in Botswana and America. 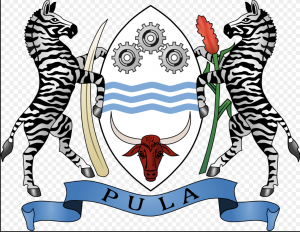