Upon entering Kanye I noticed that it was a pretty large village. I saw grocery stores, gas stations and lots of houses, in which  you could tell how wealthy the families who inhabited the houses were. I was then introduced to my host family which consisted of four members: A Mother, Father, and 2 daughters. Their home was very modern in that they lived in a gated home, with a television and WiFi. On my first village homestay night the whole family joined me in the living room as we watched Keeping Up With The Kardashian’s and The Bachelor. They also fed me left over pizza which very much made me feel like I was back in my own home in the United States. On the second day my group got to do activities at Motsi such as making papas, which is a bread type of food made out of flour, yeast, sugar and water. It was VERY delicious and I would love to try to make it again when I get back to the United States. We also got to roast some corn on a coal fire and some even got the wonderful experience of smearing cow manure on the walls. Yeah, I know gross!! And of course they didn’t get the chance to make any papas with those hands! That same day we also got to experience what a traditional wedding in Botswana was like and it was a very interesting experience. We were treated like V.I.P in that we were seated near the run way, given lots of food and the photographer took a lot of up close pictures of us. The next in Kanye I went to church with my host family and it felt very similar to my church back in the United States given that it was a christian church and I am Christian. It did make me curious however to ask my other group members who are from a different religion on how they felt while attending a Christian church in Botswana. That ended my last day in Kanye and overall my experiences taught me to appreciate everything that I have because my host family lost water three days before I came and I found it crazy how any second a whole village of people could be out of water. 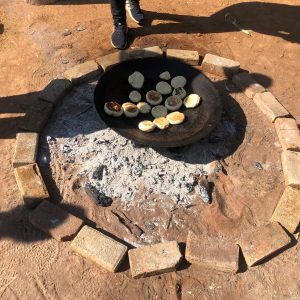 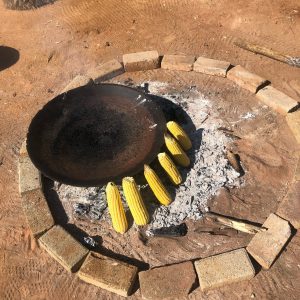