The tour around Old City Amritsar was really interesting to physically observe the preservation and respect for older architecture such as the Hindu shrines and temples pictured above. These structures have been maintained in good condition and were often the most colorful and clean structures when compared to the rest of the neighborhood. 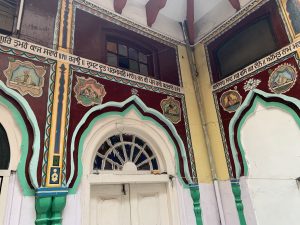 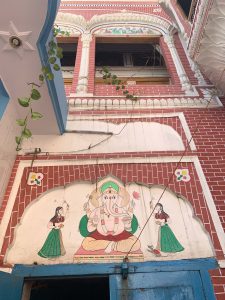 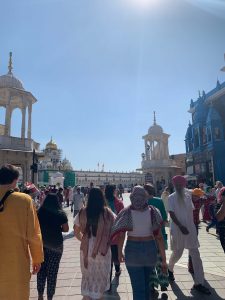 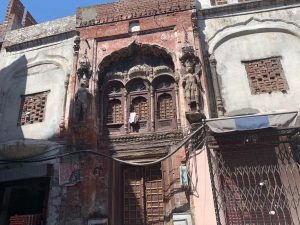 The people in the Old City have even repurposed one of the prayer spaces as a school. Along the tour we also got to see men creating handiwork, which was something our Sikh tour guide pointed out as exemplifying the value of hardwork in his religion. 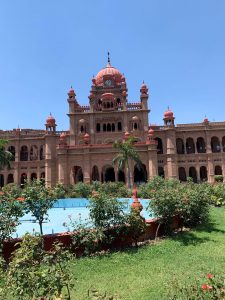 This beautiful structure is Khalsa College, the university we got to tour in Amritsar. They offered a variety of majors for students, but the catch: it is highly selective and you need to know what you are pursuing right off the bat since you cannot switch your major or school. The school emphasized secularism and sports as well. We specifically got to hear about the Sikhism department and watch the preservation process of sacred texts. 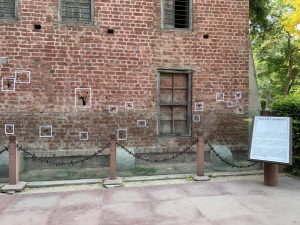 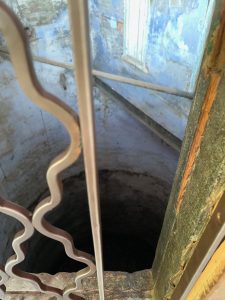 The Jallianwala Bagh memorial was disheartening because we were in the very place the British Soldiers opened fire on unarmed and peaceful Indian Nationalist protesters. Pictured above are the actual holes from the gunshots and the well people jumped in to escape from the massacre since the area was closed off with brick walls.

Although I do not have pictures, another similarly sad but informative place we visited was the Partition Museum. It explained the before, during and after of the partitioning of India into Pakistan and India. The personal immigrant and refugee stories really hit me since many of them either experienced terrible violence and death themselves or witnessed it. In Bhimtal, my host-Granny was actually a young Sikh girl at the time of the partition and has shared with me her experience having to leave her home in present-day Pakistan to Amritsar in India.

The Golden Temple, a Sikh gurdwara in Amritsar, Punjab, has made the biggest impact on my studies here in India thus far. There is no way I could have read about Sikhism and the Golden Temple in a textbook back in the U.S. and truly have gotten an understanding of how stunning and significant the actual structure is. The temple is plated with real gold, there were lines of people waiting to get inside. 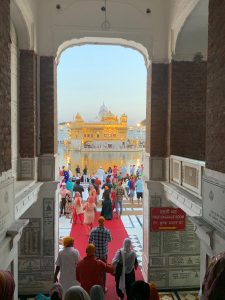 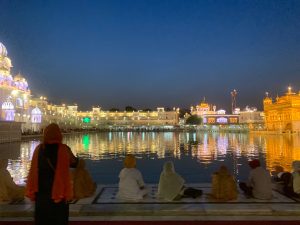 Others circled around the complex eating at the Langar, bathing in the holy water, and/or praying and singing along to the prayers being played. The most influential idea of it all was the welcoming attitude the Sikhs had towards everyone. There was no discrimination as to who could sit down next to whom, who could come inside the temple, or who could be served a free meal. No matter your gender, class, caste, religion, and nationality, you were served a meal and given access to the Sikhs sacred area of worship. 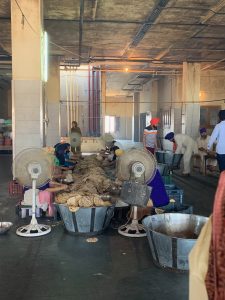 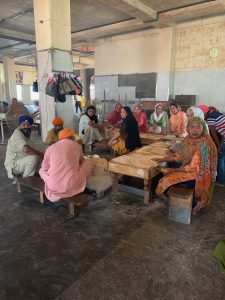