After what felt like a week in the airport, I arrived in Madrid! I have now been in Spain for almost a week, but due to jet lag, lack of sleep, and non-stop orientations and exploring, it already feels like I have been here for so much longer.

Although I’ve never been to Spain, I’m getting some déjà vu. Our first 10 days here we are staying in Residencia Galdos (a dorm close to the Complutense campus), until September 1st. Having a roommate, cafeteria food and no sense of direction feels very familiar to freshman year, although the dorm rooms themselves are much nicer than my dorm was at Madison. Equipped with a kitchenette, spacious closets and our very own bathroom, I wouldn’t mind staying here, but I will be getting an apartment.

Knowing I had to find an apartment here was 100% the most daunting task coming into this. After only 2 days of being in Madrid, we were told to start our apartment search as competition for rooms can be tough. If this wasn’t stressful enough already, we only have until September 1st to do so… that’s only NINE days.

However, I am proud to announce that after only a few hours of searching listings, about six apartment viewings, and roughly two near panic attacks that I would be homeless, I found an apartment! I was so nervous to use my spanish with real Spaniards, but the landlords were all very nice despite my rusty spanish speaking skills and for the most part I was able to understand some heavy accents.  Located in Chamberí, my apartment is less than a 10 minute metro ride from Complutense (score!) and is steps from stores and tapas bars :). I will be living with two Italians, one German, one Mexican and a Chilean, so hopefully I will get lots of chances to practice my spanish at home.

Now that I have my piso (apartment), this week I will be figuring out my class schedule, checking things out and continuing to cross some of the more touristy spots in Madrid off my list. Today me and some other WIP students went to Toledo. About a 30 minute train ride from Madrid, the city had a very “old timey” European feel and was exactly what I think of when I picture Europe. Here are some pictures from Toledo until next time. 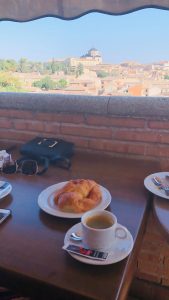 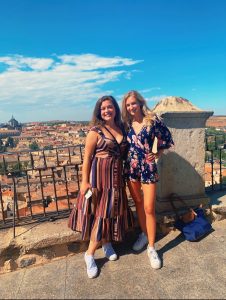 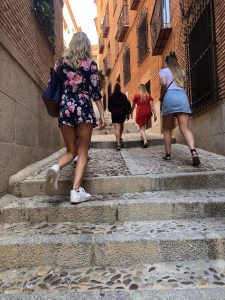