Although I didn’t think I wanted to leave Europe for one second during my short time here, last weekend I found myself in Africa. With Morocco being right across the Straight of Gibraltar, I figured it was now or never.

My initial excitement was a little tested with an incredibly uncomfortable seven hour overnight bus ride from Madrid to Tarifa, the southern tip of Spain. Then tested again when I woke up with a fever that lasted the entire weekend. But alas, I still had an incredible time and Morocco was unlike anywhere I have ever been!

The first city we stayed in was Tangier, near the Atlantic Ocean and the Mediterranean Sea. Immediately you could see the incredible mix of Spanish, Muslim and French influence. Throughout the trip, I found that many Moroccans not only spoke Arabic and French, but English and Spanish as well. This was extremely impressive considering I hardly know how to speak two languages. Another interesting thing my friends and I noticed was the abundance of laughing cow cheese. It was in stores, restaurants, being fed to strays cats and on many awnings. 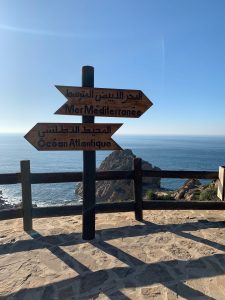 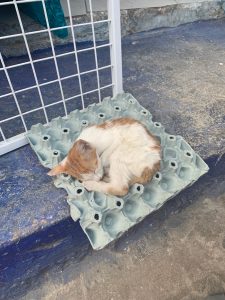 Okay, back to what I did in Morocco. The first thing on our agenda was to ride camels on the beach. I was so so excited for this as I’ve never ridden a camel and it just seemed fitting that my first time would be in Morocco. Riding the camels through the sand almost made it feel like we were in the desert, except better because we had a nice ocean breeze and didn’t have to sweat to death. 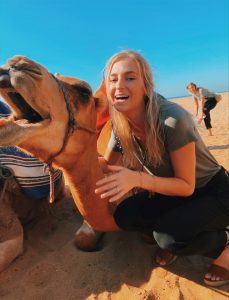 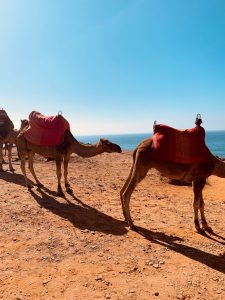 Our second day in Morocco we traveled to Chechaouen, otherwise known as “the blue city”. I had never heard of this city before, so I wasn’t really sure what to expect. Nearly every single one of the buildings were painted completely blue or were white with blue accents. You can get to the top of a small mountain by walking through the narrow streets filled with shops to find an incredible view of the entire city. After exploring and haggling for souvenirs, we had a traditional Moroccan dinner with that not only included multiple courses of delicious Moroccan food but live entertainment as well. 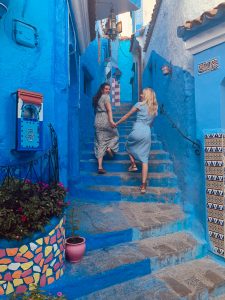 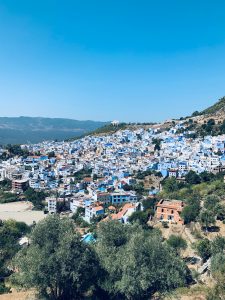 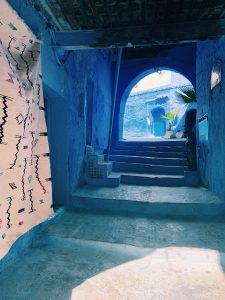 Heading back to Spain on Sunday, I was amazed by how much I had seen in just two days. I highly recommend a trip to Morocco!