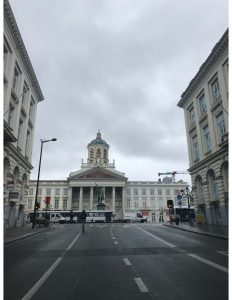 Preparing for travelling alone involved a lot of research and planning. Lots of my research was just googling what places are safe for women to travel alone and how to safely travel alone in general. Staying in hostels was highlighted for solo travellers. I found this advice to be great because I met some great people in the hostels and this gives you a small social network when I was solo. I met someone who was from my home city and we discovered we had mutual friends, even though he was in a 32 bed mixed dorm in Dublin. Flight times were also important since landing after dark was discouraged. Others that landed at night also had pre arranged shuttles to their accommodation. I also researched the best location to stay. I determined my criteria by what was closest to the tourist locations I wanted to see and what I found on google. I determined which hostel I wanted to stay in mostly by location and safety. I wanted to stay where I would have lockers, free wifi, linens, and 24 hour security and staff. Ensuring a safe and planned out itinerary made me more confident leaving for my solo travel.

During my time in Brussels, I grouped my activities based on location. I stayed during a weekend, so I took my day trip to Bruges on Saturday to avoid the mess of a peak tourist day. When I arrived in Nice I had already planned a guided tour of the French Riviera. This was an amazing day and the tour guide was good to have since I gained lots of information on the history of the places we visited. Exploring Nice was relaxing and I got the last bit of sun for the rest of the year. At the end of the week I only had one night and full day to explore Dublin. I researched the best way to see all of Dublin in one day and purchased a Dublin pass. After doing so I mapped out a route of the sights I wanted to see that were included in the pass. This was a great experience and the trip reminded me of my independence. 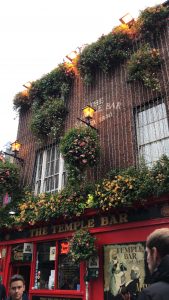 If you travel alone, I have a few recommendations as well. Tell your family and also a friend who is abroad. I would also download offline maps on an application that allows you to find walking routes offline. I ended up using my EU data in Brussels and could not use data in Nice or Dublin. This was okay since I could make calls and use wifi in the hostel, but I was out walking when I was not headed to an airport, so maps are important. I also thought being friendly and open to meeting new people in hostels made my experience fun. I always proceed with caution, but meeting and talking to different people from all around the world made my experience better.