After having explored the city life of 4 completely different countries, I find myself continually noting what I like and don’t like in each; creating some sort of personalized ideal culture in my head by slicing up and reassembling various aspects into a Frankenstein’s monster of a culture. From the French, I love most their intense sense of pride towards their language and culture. Most notably, the artistic cultures and the culture of thought. It may just be because I am taking a French philosophy class, but even as I walk on the street and look at people sitting in cafes for hours, I am beginning to believe that the French spend a significant amount of time just sitting and thinking as well as discussing human ideals or needs. I really like this sense of reflection that I think is lacking in America. However, I do believe that the French are and will always be the rudest group of people I will have ever met. Perhaps there is such a thing as too much pride or maybe thinking about the world so much is too frustrating… From Ireland, I loved most the easygoing attitude of people. Nearly all locals I met were friendly, peaceful, and happy even though they were living most of their time in a cloudy and dreary environment which I know would drive me insane or perhaps instill some sort of perpetual depression. The frequent appearance of sunlight in my life is vital for my personal mental health. From my brief visit to Amsterdam and small introduction to the Dutch culture, I liked best the openness, the freedom they had to offer. Perhaps it was the canals running through between the streets that literally opened the city up, or the lenient drug and sex culture… Or maybe the heavy influence of the Anne Frank house that provided a dark, yet hopeful air around humanity and its resilient nature. Lastly, America. From my home country, I love the diversity, the people, and the opportunity. Compared to Europe, American culture remains in its infancy and this thus helps to allow for endless opportunity for younger generations.

One Month Under My Belt
It has officially been the one-month mark since I flew from Chicago to Paris. This past week was eventful as usual. Monday was a rush because Megan and I flew back to Paris from Dublin in the morning and I had about an hour once I got back to the apartment before I had to run off to my philosophy class where we were meeting at Deux Maggots, a popular and hence expensive café that was frequented by French philosophical greats. After that, my class and professor walked a few blocks to a performance of sorts. We watched a few men speak about philosophy in rapid French. The majority was confusing, but it was also interesting to try and decipher the language then the message all at once. Tuesday night was a “Midnight in Paris” night. We walked to a few sites where the move had been filmed and tried to feel the presence of Owen Wilson in those locations. After that, we went to a nearby brasserie and grabbed a glass of wine with some (maybe?) caviar. I’m not exactly sure what it was, but it came with the wine and bread and it was very yummy. Wednesday was the first time Megan and I did some exercise other than walking. We went for a run and it felt wonderful. After that, we completely defeated the purpose and went to a bakery that was highly suggested in Megan’s book called Ble Sucre. It was there we found our favorite pain au chocolate. A momentous occasion if there ever was one. Thursday, we spent doing homework in preparation for a full day of extracurriculars on Friday.

When Friday came, Megan had morning class and then we went to an area of Paris referred to as “little Africa” there we walked around, ate a sandwich, searched for a place called the Parisian Farm because Megan was adamant on seeing some live chickens walking around in a small store. I had class from 4-6:30 so I went to that after and we corrected each other’s French essays for the entire time, a very interesting process. That evening, we had a wonderful adventure at the Louvre. It was free that night for anyone under 26 and it seemed the perfect time to explore the wonderful museum. We made sure to catch a glimpse of the most famous works including the Mona Lisa, the Winged Victory, and the Venus de Milo. After we saw those, we just wandered. My favorite parts were the massive sculpture gardens within the building that the Louvre so proudly houses. Overall, another eventful and unwasted week. 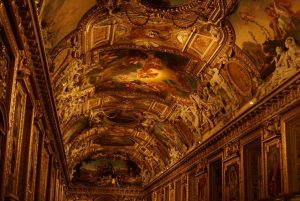 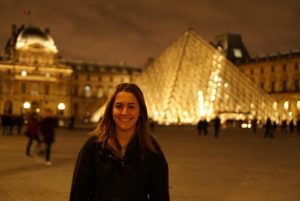 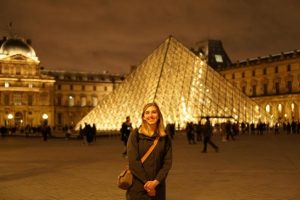 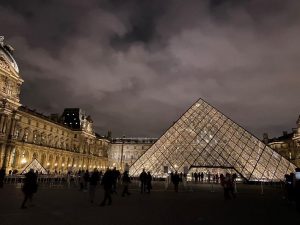 Weekend in Amsterdam
This weekend, we took a day trip to Amsterdam via the train, we put our Eurail passes to use and spent 3.5 hours to get there and 3.5 hours to get back. We got to enjoy 5 hours in the city and certainly spent our time well. We had been anticipating the daily ticket sale for the Anne Frank house, but unfortunately, they sold out before my phone could load or Megan could click buy. So, we chose to walk around along the canals, try some food, and look for the location of the bench from Fault in Our Stars. We ate breakfast at a pancake house where Megan had a traditional Dutch pancake with banana and peanut butter, and I ventured a taste of poffertjes (Dutch mini pancakes). They were delicious. After that, we walked around the canals to the park and took in the sites and the vibe of the city. We continued walking until we arrived at foodhallen which is this famous covered street where they sell every meal under the sun, each station more mouth-watering than the last. We decided to try some traditional Dutch meatballs and were not disappointed. Megan kept saying we should’ve ordered 10 instead of 5. After that, we made our way back towards the canals and walked to the bench on which many quotes and a few locks hung adorning the bench in memory of the movie and young love. We took a few pictures there, and wrote a quote of our own, leaving our mark on Amsterdam. Okay? Okay… We then went back to the train station and headed back to Paris, excited to go to bed. The 3.5-hour train ride was mostly uneventful sans a very upset elderly Parisian woman who was very angrily insulting us as we rode. I was watching an episode of game of thrones on my phone in preparation for the tour next weekend we are to take in Croatia and she thought I was very rude and “pitiful… terrible… horrible” she seemed offended that we were using our phone on this journey and unhappy that “this is what society has come to”. Unfortunately, Megan had no clue what she was saying at first since it was in French and I hadn’t noticed so she smiled and nodded at the women as she was being insulted until I realized what was going on and told Megan. After the women left in a huff, the trip back became much easier. Sunday, we relaxed mostly. We did our grocery shopping for the week and stopped again at Ble Sucre for another wonderfully warm and large pain au chocolate which we’ve decided will always be worth the calories. Can’t wait to see what this week will bring. Our next trip is Croatia! 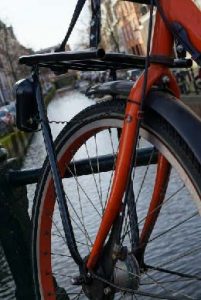 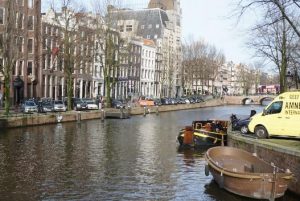