Everyone has an image of Italy. Pizza, pasta, wine, villas and vineyards, art and architecture, “la dolce vita.” A Venetian gondola, the Roman Colosseum, the Leaning Tower of Pisa, maybe a Tuscan house in the hills. There’s a certain image of rugged charm, cobblestone streets, and delicious food. With that imagine in my mind, I would never have imagined how different various Italian cities look and feel. Many of my peers have flown out to foreign countries the past couple weekends, but I’ve stayed within the country to explore a few cities throughout Italy—and I haven’t been disappointed.

I’ve only visited a few cities within the northern part of Italy—sophisticated Turin, beautiful Venice, quaint Lucca, serene Fiesole, and of course, Florence—but already I’ve experienced so many different sites, cultures, and atmospheres.

Turin was the first city I visited after arriving in Florence, and possibly the most different. Only a couple hours from the French and Swiss borders, Turin hardly fits into the standard image of Italy. Wide, tree-lined boulevards, stately pastel buildings, and sculpture-filled green spaces composed the city. It’s famous for chocolate and coffee, and its most iconic building, the Mole Antonelliana, houses Italy’s national cinema museum. Looking at the city’s history, the differences make sense—until Italian unification in the 19th century, Turin was part of Savoy, a duchy which included parts of modern-day France and Italy.

History aside, Turin felt like a sophisticated and functional modern city. Perhaps this is because it isn’t laden down with tourists like Florence and Rome, or because the more current layout leaves much more space for traffic. Regardless of the reasons, to my untrained impressions, Turin felt more like a refined French metropolis than Florence’s northern cousin. 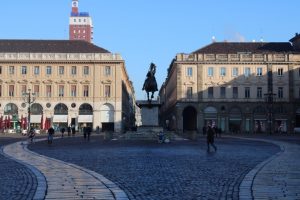 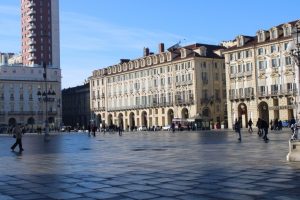 Venice, I’m sure, is not a good representation of its region in general—it is something entirely unique. Almost infamous for its popularity with tourists, Venice during low season felt strange. Of course, the city was incredibly beautiful; there I nothing quite like discovering picturesque bridges around every corner and gazing at the city rising up down the Grand Canal. It has the rugged charm often associated with Italy: decaying walls that are somehow more beautiful in their imperfection, ivy-covered surfaces, haphazard streets, narrow alleyways. But between the remarkable beauty and the lack of people, Venice hardly felt real. I have heard that tourism in Venice has driven out locals, and I can see the effects of this—many empty squares and streets. Wandering back to our hostel at night through small, silent alleyways, devoid of cars or people, dimly lit, I felt more as though I were walking through a (breathtaking) movie set. 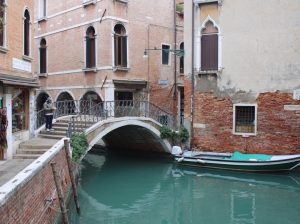 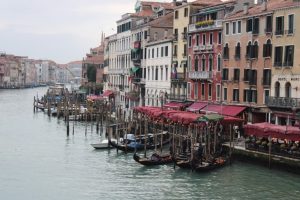 Fiesole is located on a hill right outside of Florence, and it’s everything you imagine Tuscany should be. The panoramic views of Florence and the surrounding Tuscan hills are the highlight, but rugged buildings, rooftop gardens, ivy-covered walls, and a quiet atmosphere add to the charm. We spent our time hiking through a park and exploring a serene monastery as the sun set, before enjoying pastries from a local bakery in the evening. The day was cloud and misty, which perhaps added to the calm that seemed to blanket the town—but I plan to return on a sunnier day. I can already see Fiesole as a peaceful escape from the beautiful but crowded city of Florence. 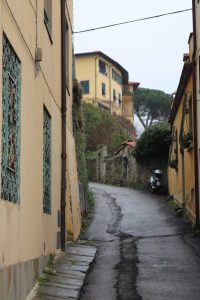 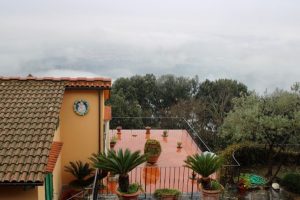 Lucca, a relatively small Tuscan town, is much more similar to Florence, and only an hour’s train ride away. Still, the atmosphere when we visited the town on a Sunday was very different. Lucca seemed like a beautiful example of suburban life—if suburbia were paved with cobblestones, dotted with historical churches, and encircled by ancient stone walls. Though the architecture looked very similar to the streets of Florence, everything was much quieter and cleaner. We found out why the streets were so quiet as soon as we stepped out onto Lucca’s famed attraction, its Renaissance city walls. It seemed the whole town was spending their Sunday afternoon strolling the wall’s walking paths, talking with their family or walking their dogs (so many dogs). When we returned to the city center as the evening grew colder, we found many locals gathered in the main piazza, where music was playing, children were skating in a community ice rink or riding the carousel, and street vendors selling candies and desserts. 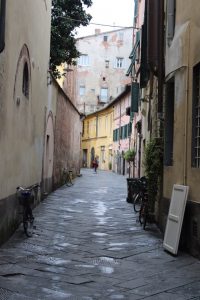 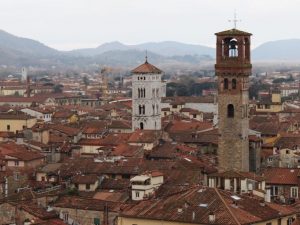 I have yet to leave the country, and I have yet to see many of Italy’s most iconic cities—Rome, Milan, Naples, Pisa. But it has been incredible to get a taste of just how much this country has to offer.