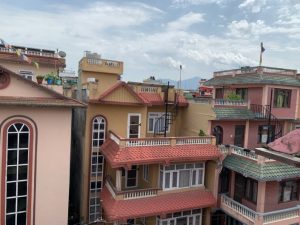 I was wildly unprepared for an experience that, at first, I thought would be as familiar as coming home for the holidays. Just a couple of weeks earlier, I landed at the Tribhuvan International Airport in Kathmandu, Nepal. After a few steps outside the airport, the muggy, humid air was the first to greet me, wrapping me in a warm, comforting hug. One more step and my grandpa welcomed me next. Instinctively, the palms of my hands came together as I dipped my head down in traditional Nepali fashion, “Namaste”. 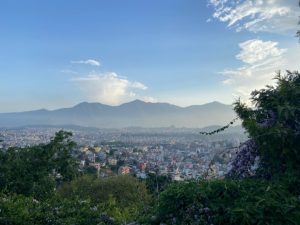 I did the same to the program course instructor that came to receive me and the other students that traveled together. I was born in Kathmandu and immigrated to the U.S. with my parents when I was two years old but have visited many times growing up. The city was exactly as I had left it four years ago, except the Nepal I knew (the one with my family, favorite foods, filtered water, and flushing toilets at my grandparents’ house) was very different from the one I was experiencing now.

I was now in the middle of backpacking to Annapurna Poon Hill, one of the easier treks in the Himalayan foothills. However, I am definitely not a hiker. We were going up for multiple hours at a time – think Stairmaster but no air-conditioned gym nor convenient “stop” button. I can barely get up Bascom without having a mental breakdown. To make things even more fun, I was just getting over a case of ~digestive problems and had to squat many, many, many times. Expectedly, I was trekking with the slowest group. At first, I felt disheartened. I was not used to being last in any case and it was frustrating. But very quickly, I came to appreciate the group I had. Anyone could take a break whenever they needed to, at resting spots called chautaras, and everyone joined as well. 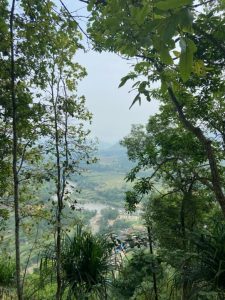 We laughed, joked, swapped stories, and got to know one another really well. The trekking guides were so supportive and made sure we were hydrated and safe the entire time. All the groups would make sure to eventually catch up to one another at the tea houses where we would stop for meals. I came to love the cheering my group and I would receive when everyone met up. 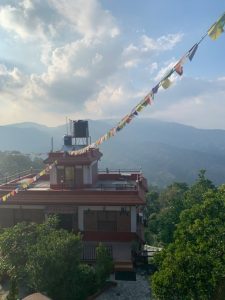 By everyone, I mean the ten UW-Madison students, the three course instructors, and anyone else we met or were with that day. This was our class. We did not have a designated space for our “classroom”. Rather the classroom was where everyone was. Often, we reflected together at the end of the day in an empty room, a pretty spot outside, or even on our little bus. One profound discussion we had was the idea of pace. We talked about how the western perspective is often “go, go, go”, a competitive nature built on self-centered deadlines and how that has affected our attitudes towards not only the trek, but towards our life. In Nepal, people are known for being patient and understanding. There is no rush if there doesn’t have to be. 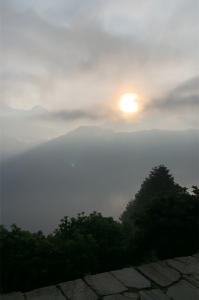 Because in the end, we were at the top of Poon Hill with everyone else, drinking the same hot chiya, watching the same monsoon clouds break into a sunrise smile, revealing the post-card perfect Himalayan peaks we traveled so far to see. 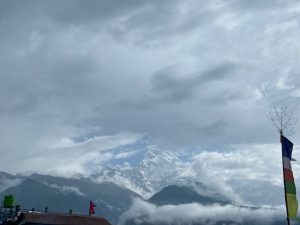 At the top of Poon Hill and throughout the trek, we were a community; a common theme I saw throughout the trip. Everyone and every place we went, there was a strong sense of teamwork. At the private, public, non-profit hospitals and even the health outpost (where a group of four were committed to live and work in a rural clinic 24/7) we visited, the doctors and health professionals asked us for our impressions and feedback. Even during the trek, we were going through people’s backyards without experiencing animosity. It was humbling and eye-opening to see the stark contrast between a country with little resources compared to a country like the U.S address the needs of the community. 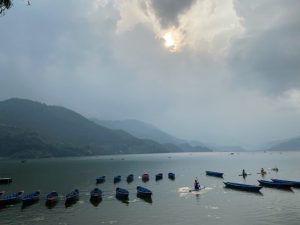 As a Nepali-American, fluent in the language and comfortable with the culture, I was not expecting to be surprised with my experience. Given my background, this program provided me the unique opportunity to see my country and culture in a completely new light, and for that I am very grateful. I struggled on the trek and on parts of the trip, but the community and perspective that I gained made it worth it. And I guess the views weren’t that bad, either. 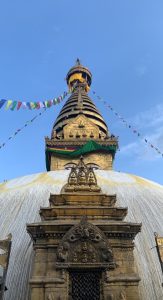 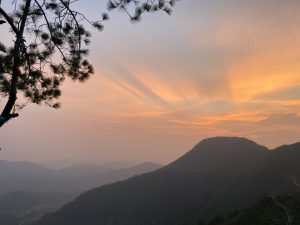 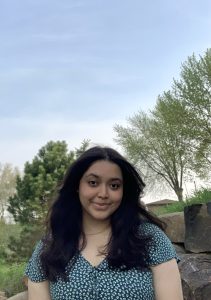