In Copenhagen as well as in Paris, there is so much to explore and learn in cities like these…

The people of Denmark were extremely kind and helpful; each different interaction I had with a local Dane was pretty positive in personal experience, and it gave me a different gauge on how people can be in bigger cities.

In both cities, I enjoyed some of the most delicious, fulfilling meals I have ever had, and the smells emoting from all of the different restaurants along the main downtown strips were always so satisfying. I had the pleasure of enjoying handcrafted drinks, and meals made with truly fresh and locally sourced ingredients. 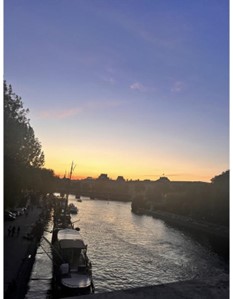 In Copenhagen, there are many canals, and the body of water always made for such a stunning view, whether it was day or night!

As I said, I enjoyed some of the best food and drinks of my life on my study abroad program, and I felt amazing after all of the different, new tastes I was experiencing. (For example, in Denmark, there were a lot of potatoes on everything… But, no complaints here, I love potatoes !) 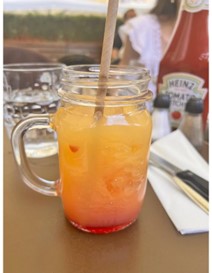 Walking around outside just about anywhere in Copenhagen and in Paris, you are bound to smell so many different kinds of food being made all along the strips; from kebabs to crepes to freshly made pizza; there was something for everyone! 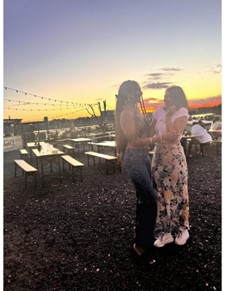 There were many different moments in the streets where we would pass by people dancing, listening to music, or performing, and it was very cool to listen to the different languages being spoken, and getting affiliated with another music culture! My friends and I loved to stop and dance to whatever music we could hear. 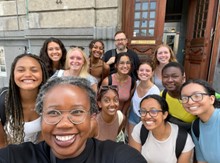 There was honestly so much love and gratitude felt on this trip, and I know that it was truly a once in a lifetime experience with people who I would cherish closely forever. In Denmark and France, I felt acceptance, curiosity, and pure joy; amongst other things!

Interacting with a New Culture – Galivanting in Copenhagen 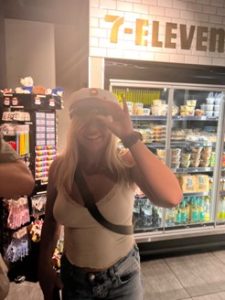 At the time I was in Copenhagen, it was the very beginning of their “Midsommar” or official start of the summer celebration, as well as graduation season for their school systems. While in CPH, my peers and I noticed large party buses filled with young people celebrating and having fun frequently driving up and down the streets of the downtown area. It was obvious they were celebrating something, but in the states, we do high school/college graduations a bit differently! But, one night, my friends and I were out and we saw a few kids wearing these sailor hats that all of the graduates seemed to wear – all of the time. We asked them about the meaning behind the sailor caps/party buses, and we learned that each graduate from “Gymnasium” receives a cap, and they wear it in public consistently for a certain amount of time so that everyone can congratulate them. One of the students let my friend wear their hat for a bit, so I included that picture! It was a really cool moment in which cultural barriers were being broken down, and pure joy and happiness was being shared amongst young people. 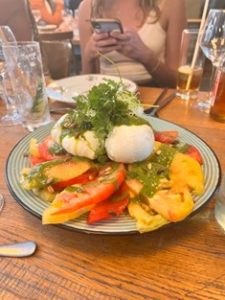 The cuisine of Europe was amazing, and treated me quite well. I enjoyed an array of food from different cultures; from authentic Italian to the best Kebab ever; I was never disappointed with my food orders while abroad. Something that I will mention as surprising about the restaurant culture in Europe, is that sitting down for a meal in a public space, to them, is a process that is much slower paced than I think many Americans may be used to. For example, there is no “tip 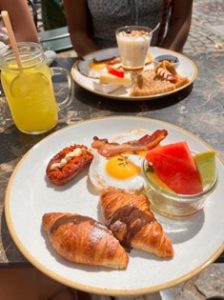 culture” in France and Denmark, so your server will not take any tips or act a certain way to gain a large tip, they are ensured a set amount of payment. Also, many Europeans will look at you a little weird if you sit down in a restaurant and immediately order tap water… Despite no air conditioning on top of the hottest summer Europe has seen in a long time, it is a bit unusual to order plain water when you are out… It was funny though, we would of course get water and then something much more “fancy” to drink after we had quenched our thirst from touring places for most of the hot day! 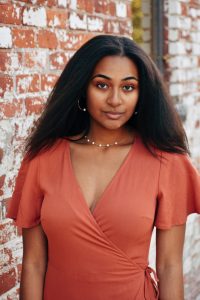