I am studying intensive Russian language at Al-Farabi Kazakh National University (KazNu) in Almaty, Kazakhstan through the Russian Flagship Program at UW-Madison. Almaty is situated in the basin of the Zailiyskiy Alatau Mountains which provide a remarkable view and allow the locals a unique system of navigation by which they can describe locations as either upward (vverkh) or downward (vniz) relative to the mountains. With the mountains in the backdrop and beautiful trees, fountains, and flower beds dispersed throughout the well-kept grounds, one cannot help feeling connected to nature.

In addition to the distinctive university design, I have noticed a few differences in classroom culture as well. The students at KazNu dress for class as though they are going to an interview. Looking and dressing nicely is especially important here as this is a sign of respect to the professors. I am also adjusting to the expectations of student-professor relationships. In contrast to American schools, Kazakh professors teach with concern for the group as a whole instead of emphasizing the individual student. Besides learning a world language, I am also familiarizing myself with new styles of communication. For example, hand gestures are less dramatic, facial expressions have different meanings, and people speak in a softer tone.

The school year has only just begun, and I have already learned so much. I excitedly anticipate all the new knowledge and skills I will acquire studying here at KazNu in Almaty! 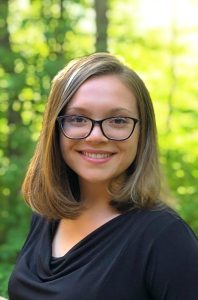 I chose to study on the intensive capstone program to improve my Russian language skills and cross-cultural competence. I hope to reach superior proficiency upon completion of the capstone. This opportunity will provide real-life context to my studies and greatly enhance my education.